All Collections
The eye, eye diseases and eye conditions
The Eye and imaging modalities

The Eye and imaging modalities

The eye is a fluid-filled structure surrounded by three layers.

The outer layer consists of the cornea and the sclera. The middle layer accounts for most of the blood supply/supply of nourishment to the eye and consists of the choroid, the ciliary body and the iris. 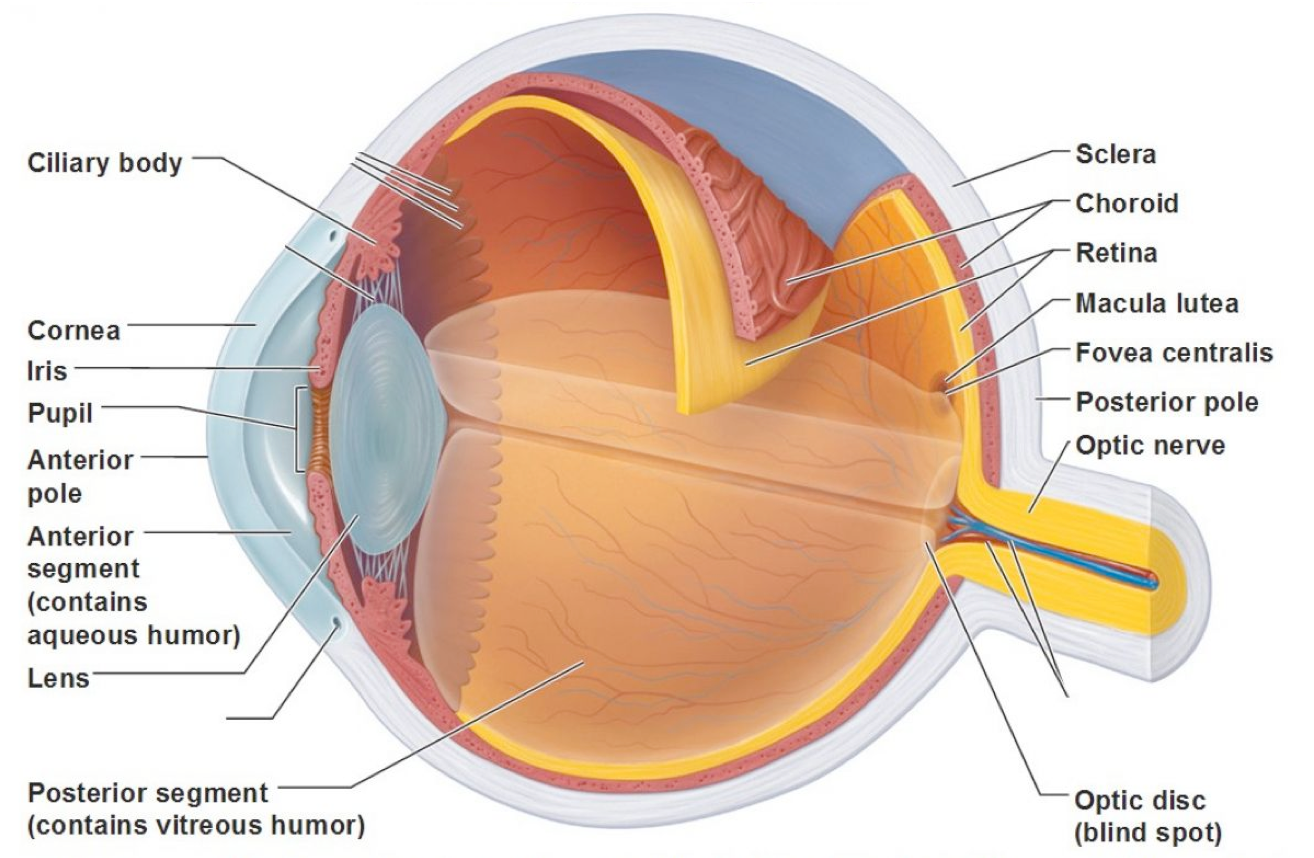 The retina is the third and inner layer of the eye, which is a photosensitive layer of tissue. The optics of the eye create an image of the visual world on the retina (through the cornea and the lens), which serves essentially the same function as the film in a camera.

Light hitting the retina initiates a cascade of chemical and electrical events that eventually trigger nerve impulses. These are sent to various visual centers in the brain through the fibers of the optic nerve. This whole process is what makes it possible to see.

The term "Neural retina" typically refers to three layers of neural cells (photo receptor cells, bipolar cells, and ganglion cells) within the retina, while the "entire retina" refers to these three layers plus a layer of pigmented epithelial cells.

A fundus photograph is used to screen for and diagnose multiple eye diseases including diabetic retinopathy, AMD and glaucoma. The image is captured using a specialised camera (called a fundus camera). The goal is to spot disease-related changes in the retina in order to treat them early and save vision/prevent blindness.

Below is a 45° degree (angle of view) image of healthy a human retina (the central part of the retina). This fundus photograph shows the blood vessels; Veins are darker and slightly wider than corresponding arteries. The optic disc is on the right side (annotated in blue), and the macula is near the centre (marked in green). The central part of the macula is called the fovea (marked in yellow). 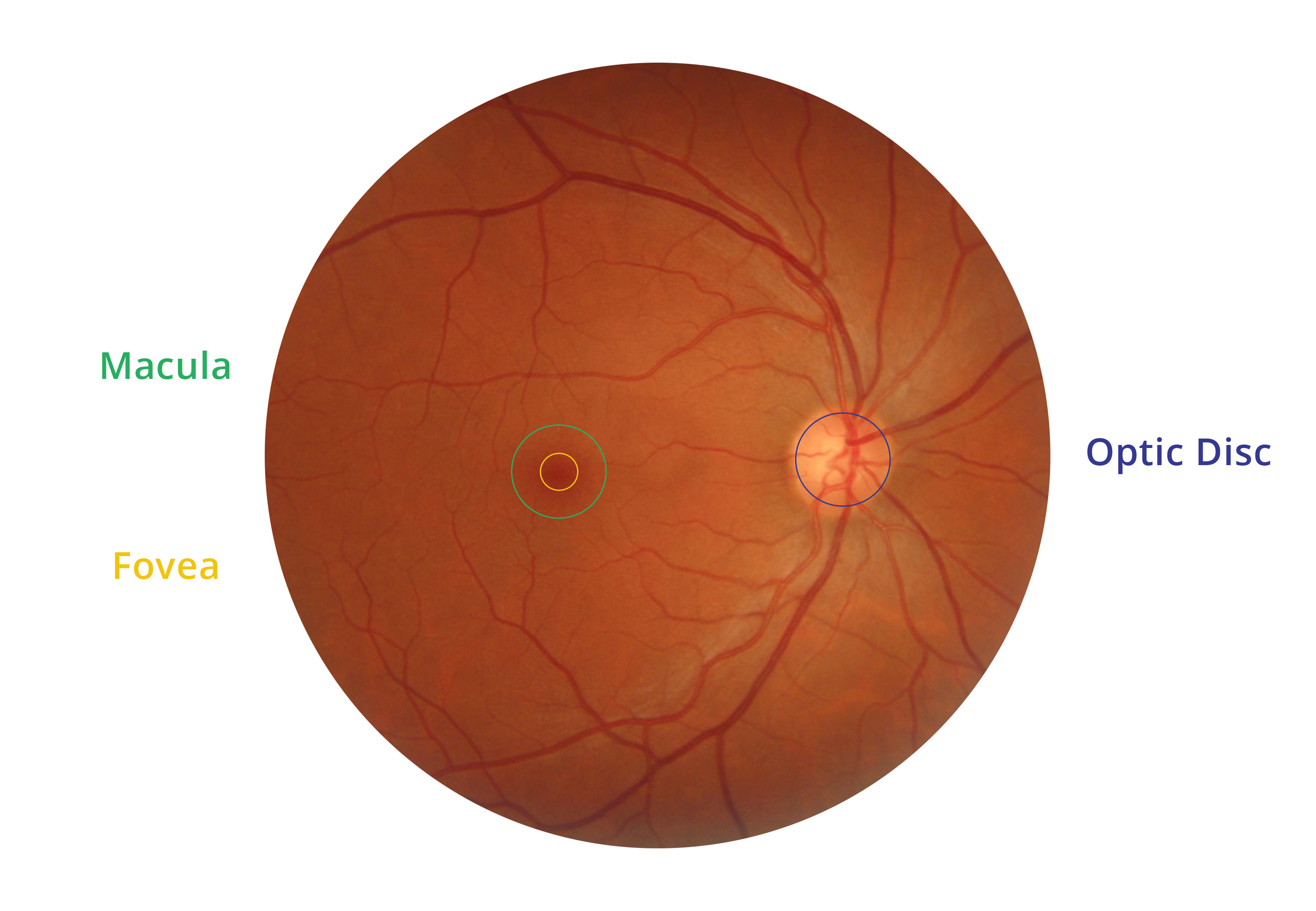 For reference, here is the same image without annotations: 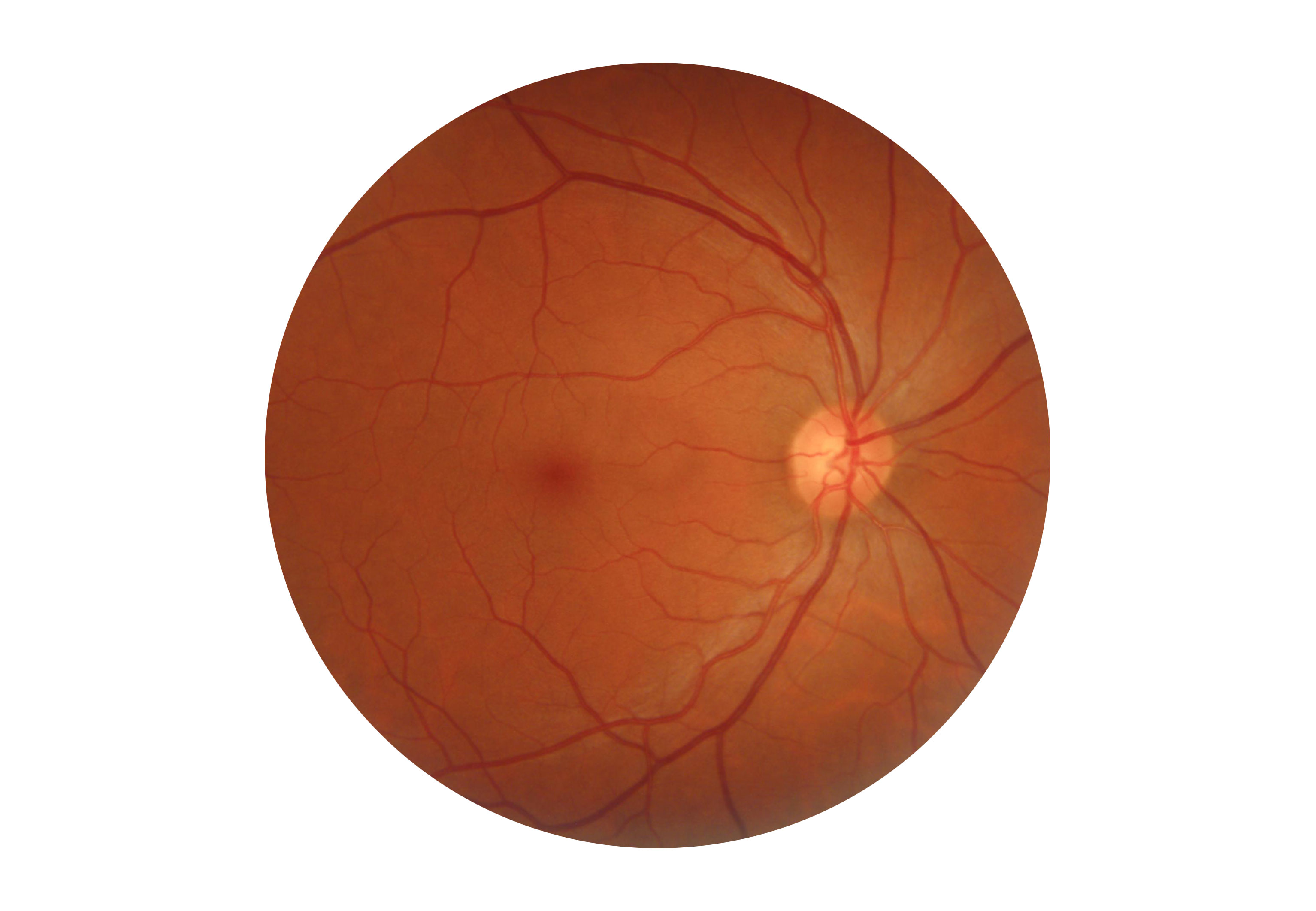 The optic disc or optic nerve head is the starting point for ganglion cell axons leaving the eye. This where all "signal cables" are assembled and routed to the brain. Since there are sensory cells in the optical disc, it corresponds to a small blind spot in each eye.

The optic disc can be categorized into two central parts, which are important to know when screening for e.g. glaucoma; The cup and disc represented in green and blue below. 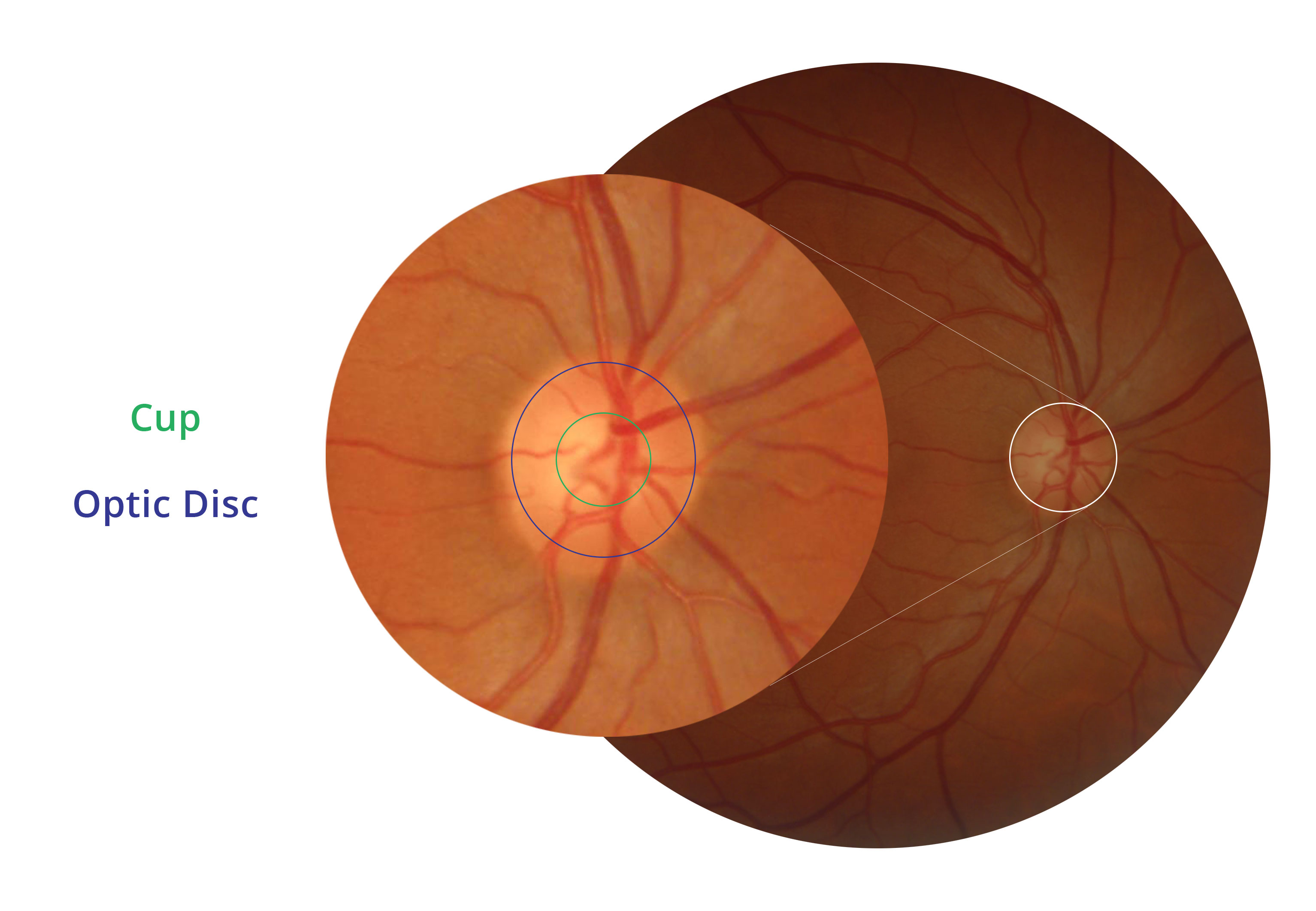 Optical coherence tomography (OCT) is a non-invasive imaging test. OCT uses light waves to take cross-section pictures of the retina. Compared to fundus photographs which captures a 2D image of the top layer of the retina, OCT captures a 3D depth-scan of the retina (similarly to an ultrasound).

Learn more about the imaging modality OCT (and see examples) in the article below:

Go to article about OCT
Did this answer your question?